Sunday, 19 January 2020
HomeKnowledge centreNews and StoriesToo salty for my garden: Salt intrusion from Climate Change will affect agriculture in Seychelles

People are often surprised and equally delighted by the organic produce that comes from our Heritage Garden at Roche Caiman. This small garden on reclaimed land yields a bountiful harvest of vegetables such as egg-plant, cucumber, okra, tomatoes, chillies, lettuce, pumpkin, various herbs and spices, food crops such as banana, sweet potatoes and cassava, and a variety of tree seedlings of many locally used fruit and medicinal plants such as bitter leaf, aloe vera and neem. 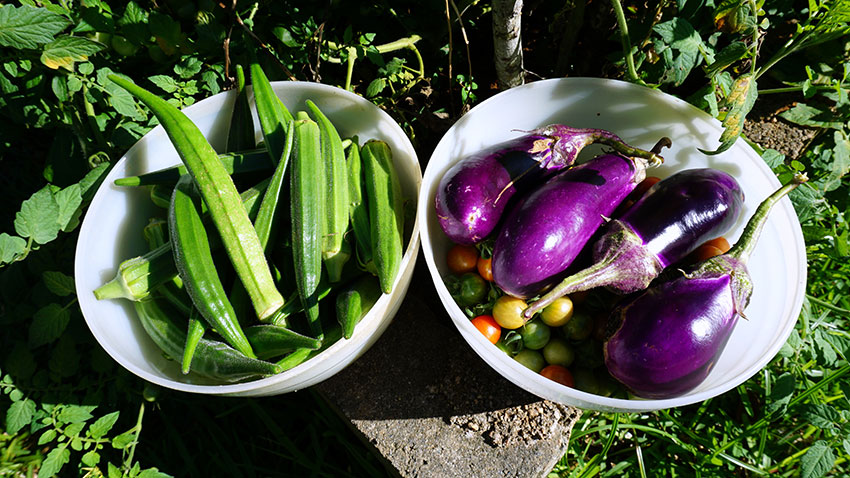 Sample of produce from the Heritage Garden

Started in 2005 to inspire a culture of landscaping with useful plants used in traditional cuisine and for medicinal purposes in Seychelles, the garden has been extended from its initial space around the Nature Seychelles office building to include a small plot adjacent to the Sanctuary at Roche Caiman, an urban wetland that we manage.

With a bit of innovation including raised beds, soil improvement, and the use of organic pest control, this space has not only boosted our harvest but also serves as a laboratory to research new and improved ways of organic gardening.

But all this is threatened by climate change induced salt intrusion into the garden that is affecting even the raised beds. Salt intrusion occurs or is accelerated by sea level rise and coastal erosion. 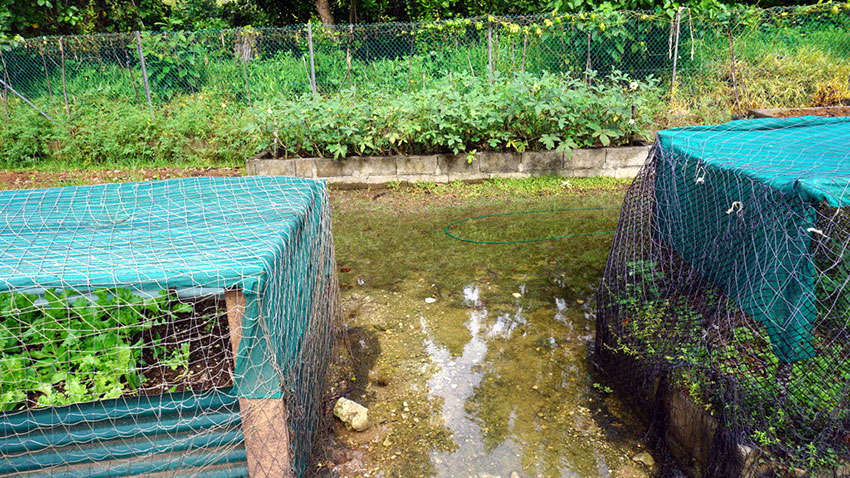 Sea water coming into the garden

A recent inspection of the garden by our Chief Executive, Dr. Nirmal Shah and Nature Seychelles garden staff, revealed that after the recent high tides and storm surges experienced in Seychelles, the garden was inundated with sea water coming from the channel that links the Sanctuary to the sea. This left behind a high level of salt in the soil. Some plants subsequently died while others are in poor health.

Given the location of the garden so close to the sea, Dr. Shah says this was always an experiment to see if we could develop climate-smart agriculture near the ocean.

"We were expecting salt intrusion at some point, and after 10 years the salt is beating us," he says. "Agriculture needs to have adaptation measures to this kinds of impacts of climate change especially in low lying areas of Seychelles. We will be trying to adapt by lining the beds that are closest to the channel. However, this is the sort of adaptation that may not be feasible and cost effective for large farms. The future of agriculture in low lying areas in Seychelles looks bleak." 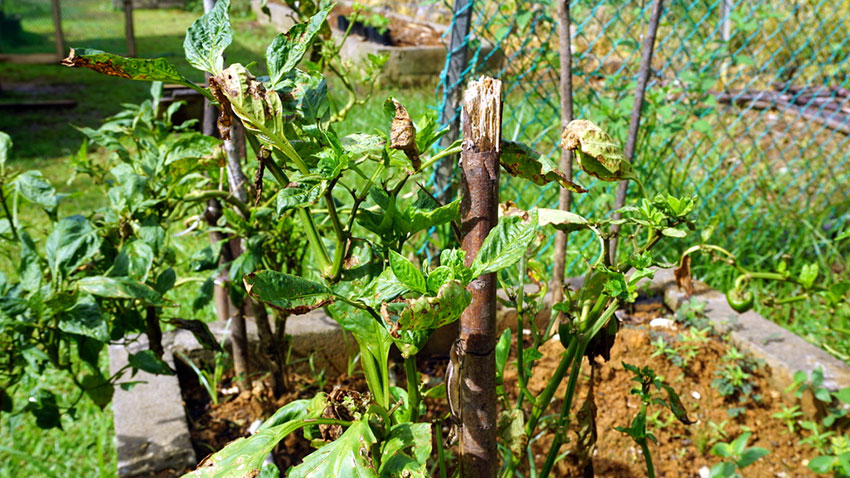 Climate change induced salt water intrusion, also known as salinity intrusion, is already affecting crop production around the world. According to an info note published by the CGIAR, the global research partnership, titled, "Climate change induced salinity intrusion and its implications for agriculture," an estimated 1.06 million hectare of arable land in Bangladesh and 6.7 million hectares in India is affected by salinity (Rabbani 2013).

In the United States, in March 2019, the Washington Post reported that "rising seas, sinking earth and extreme weather are conspiring to cause salt from the ocean to contaminate aquifers and turn formerly fertile fields barren" in the state of North Carolina.

It will take a multi-sectoral approach to adapt to the challenges of salinity intrusion. The costs of response measures could be immense. Effective adaptation requires a strategic investment plan that identifies priority areas of intervention to allocate limited financial resources, the authors of the note say.

"Adapting to climate change is a constant struggle in Small Islands Developing States because we don't know what is going to be thrown at us tomorrow," Shah says.

Field investigation by the Department of Agriculture of the Ministry of Fisheries and Agriculture into the impacts of salt intrusion on coastal crop production activities was initiated some 5 years ago under an IAEA assisted project, says Mr. Antoine Marie Moustache the Principal Secretary of Agriculture.

In the last 10 years small agricultural producers on the coastal zone of Mahe and Praslin have reported wilting of plants and their subsequent death for no apparent reason. Soil tests revealed surprisingly high levels of sea salt in the soil profile at 15 cm depth and deeper. Indeed, a correlation was established between the storm surges and the abnormal high tides and the salt intrusion Monitoring stations financed by IAEA have been set up including on the farmers’ field at Cap Samy, Praslin. Out of the preliminary investigation, remedial measures which include the application of gypsum to counter the sea salt were proposed. The investigation is on-going and the problem is also being studied by a Seychellois PhD student.