Set to be delivered in March 2020, under the code S7-PTI, the newest addition to the fleet will reaffirm the airlines’ commitment in raising awareness about the Seychelles ecosystem and the importance of protecting its endemics for a future generation, the airline said 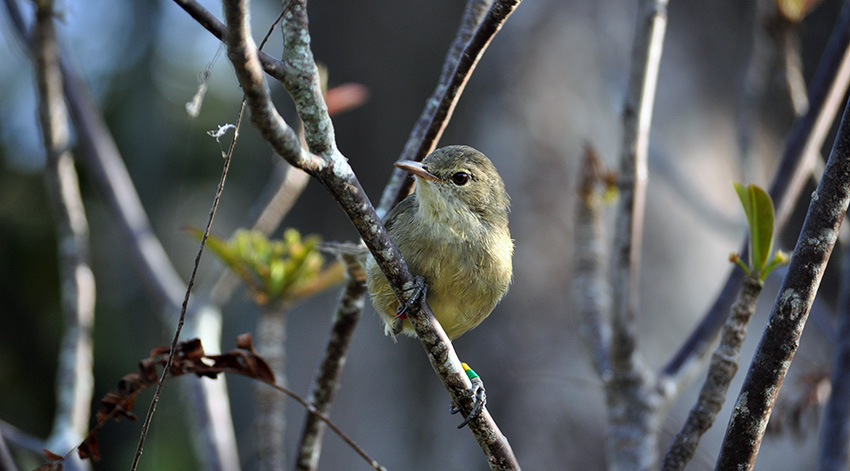 The Seychelles warbler is a tiny endemic bird of Seychelles at the heart of an amazing conservation success story.

In the 1960s, the warbler became one of the world's rarest birds when the population slumped to just 26 individuals, all found on tiny Cousin Island. Thanks to the purchase of that island for conservation in 1968 by BirdLife, and an intensive conservation program, the bird's fortunes turned. The combined efforts of conservation and scientific research took the songbird from near extinction on 1 island to thriving on 5 Seychelles islands with a population of over 3000 individuals. The warbler was reclassified as "Near Threatened" from "Critically Endangered" in the IUCN Red List in 2015. 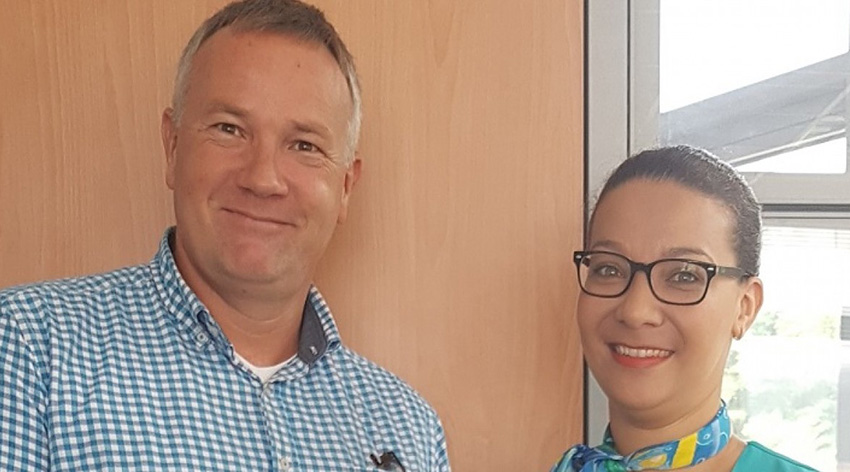 Ms. Angie Pothin (R) of the airline who submitted the Creole name for the aircraft. (Photo: Air Seychelles)

Air Seychelles took delivery of its first A320neo aircraft named ‘Veuve’ after a critically endangered bird of Seychelles in August 2019.

Similar to last year, the name of the second aircraft was selected following an exercise conducted internally where staff had the opportunity to submit potential names related to the brand and values of the airline. Ms. Angie Pothin of the airline submitted ‘Pti Merl Dezil’, the Creole name for the warbler.

“Seychelles as a destination is actively advocating for sustainable tourism and at Air Seychelles we are doing our part to introduce more ecological practices. In 2019, besides the delivery of our first fuel-efficient aircraft, we invested in a range of electronic equipment and introduced new service method to reduce single-use plastics and aluminium as part of this initiative. As visitors are becoming more aware of the impact of climate change, naming our second A320neo aircraft after one of Seychelles birds will further allow our guests to be aware of the continuous efforts being done locally to safeguard the Seychelles environment for generations to come”.