More than 50 years ago, the world's rarest bird was rescued by mangroves. The Seychelles warbler (Acrocephalus sechellensis, Pti Merl Dezil in Creole), a little endemic songbird of Seychelles was very close to extinction in the twentieth century. 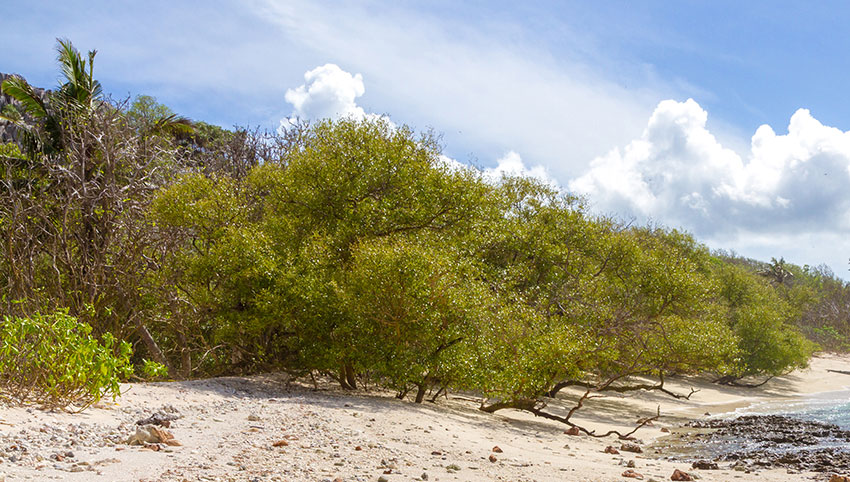 The worldwide population lived in a small patch of mangrove trees on Cousin Island. When it was discovered there it was named the Seychelles brush warbler because it was found in the brush. This was not its preferred habitat; it was established later that the bird actually favoured native Pisonia grandis forest. But the mangroves, famous for their stilt roots or “legs” were the only natural vegetation left on the island, which was then a coconut plantation and covered wall to wall with coconut palms. Large-scale commercial coconut exports in the early part of the twentieth century led to the extensive clearing of natural vegetation in Seychelles. It caused the decline of many species. This was the case with the Seychelles warbler. 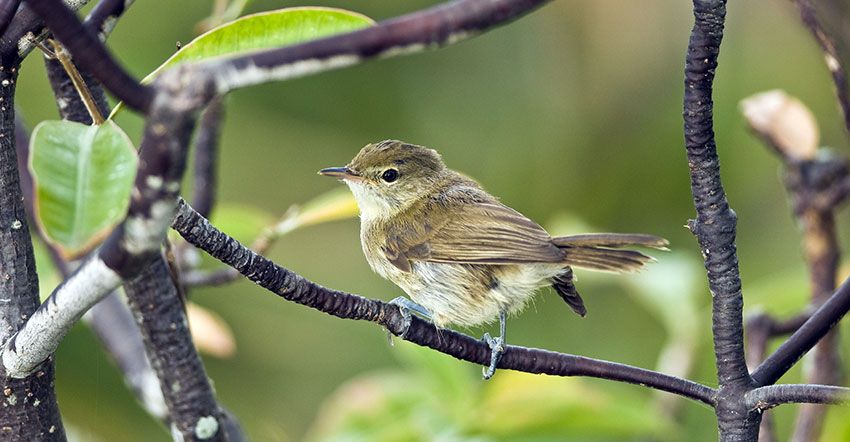 The Seychelles warbler was saved by a mangrove patch

Only 26 birds survived when Cousin Island was bought for their conservation in 1968. The mangrove forest is small, but it managed to maintain these birds. They became the stock population for the reintroduction of the warbler by BirdLife International and Nature Seychelles to other islands once carrying capacity was reached in Cousin after an intensive conservation program that included the cutting down of coconut palms and the regeneration of the native forest. Today, the bird occurs on four other Seychelles islands and numbers over 3000 individuals. In 2015 it was reclassified as “Near Threatened” from “Critically Endangered” in IUCN's Red List of endangered fauna and flora. It is considered one of the world’s greatest conservation success stories. When the story of the Warbler is told, that mangrove patch will always feature. 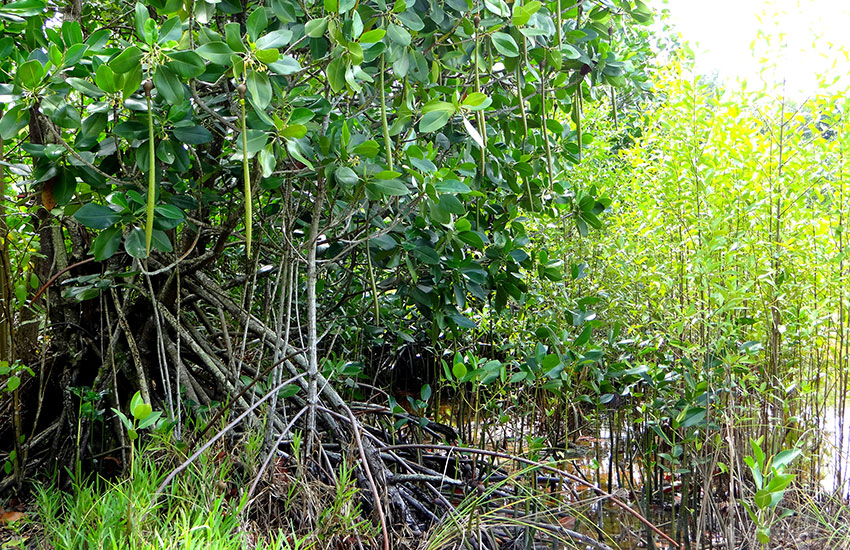 Mangroves buffer coastlines, prevent erosion and act as filters for pollutants and sediment

Mangroves, those trees that straddle the area between sea and land, are a vital ecosystem. Every year on 26th July on World Mangrove Day, their importance for coastal and shoreline protection, for prevention of erosion, for filtering of pollutants and trapping of sediments from land, and the role they play as valuable nursery areas for fish and invertebrates, and as a home to a variety of species, is celebrated.

It is very important that we maintain mangroves. For the last 15 years, we have been restoring mangroves at the Sanctuary at Roche Caiman wetland. We use the Sanctuary as a demonstration site to explain their role. We have four species of mangroves including two, which were planted during the mangrove enrichment program of the Mangroves for the Future initiative.

It is said mangroves had saltwater crocodiles living there. (Photo: Crocodile skeleton at Nature Seychelles)

These mangroves are the remnant of the dense mangroves forests that once covered the East Coast of Mahe when the settlers first arrived. So thick were they, they had large and aggressive saltwater crocodiles living there. These were all cut to give way to infrastructure and only recovered slightly after the coastal reclamations.

Port Launay has the largest stretch of mangroves on Mahe. All the 7 species found in Seychelles can be found here. It is a designated Ramsar site (a site of international importance under the Ramsar Convention.)