Nature Seychelles and Cousin Island staff have paid tribute to Uli Poniatowski, a former Conservation Boot Camp (CBC) participant who sadly passed away last year, with the naming of one of the island's Aldabra giant tortoises after him. 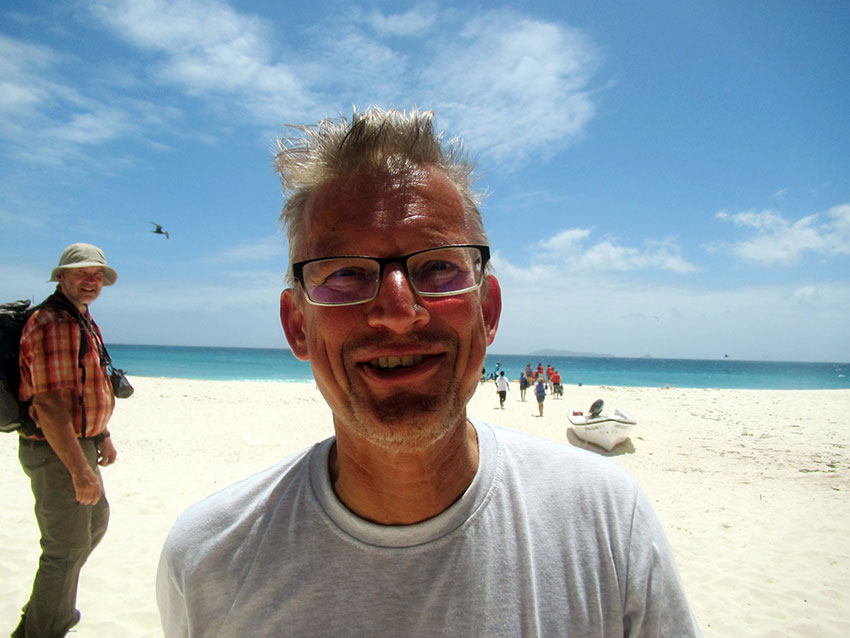 Uli, his wife Birgit, and their two children spent time on Cousin Island in 2018 as participants of the CBC. Theirs was a remarkable stay as they joined the conservation training programme as a family unit.

News of his passing was shared by Birgit who also informed the NGO that in lieu of flowers, she and her children had asked for donations towards conservation work on Cousin. "We are very saddened by your news and everybody is thinking of you and the children. What a sad loss!" Kerstin Henri, Nature Seychelles' director, said in a message to the family. "We appreciate your kind thoughts towards Cousin Island and we are happy to know that you had such a memorable time as a family during your boot camp month." 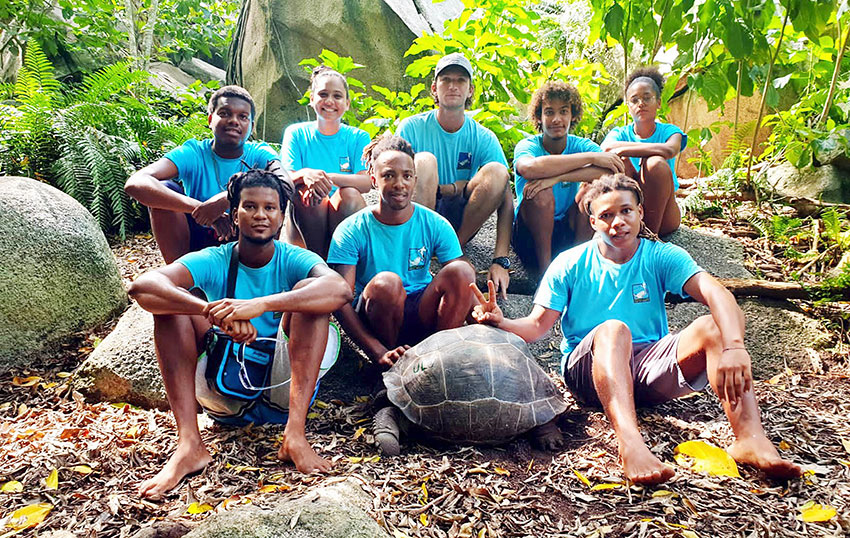 In his impact story, shared by participants of the programme once they complete their training, Uli said that he had many unforgettable and intense experiences on Cousin Island. "It seemed like a good idea: Live a month on a little island, contribute to the daily conservation tasks and get face to face with the flora and fauna I usually only encounter, if at all, while reading or writing about them at my desk. But what I received was so much more. In the end I was living with the island, capturing its rhythm and feeling aligned with its pace," he wrote.

Uli went on to add that he was touched by Cousin's intangible, cultural ecosystem services such as the near-complete absence of the noise of modern living. He enjoyed his time with the humans of Cousin saying, "Spending a month on Cousin is also about engaging with people. There is a marvellous conservation team in place, some reticent at first, others less shy – and of course the CBC team. Running tasks jointly, sharing dinner or just chilling together is a perfect opportunity for cultural exchange and bonds. THANKS A LOT to the whole team, wardens and managers alike, for having made this incredible journey possible!" 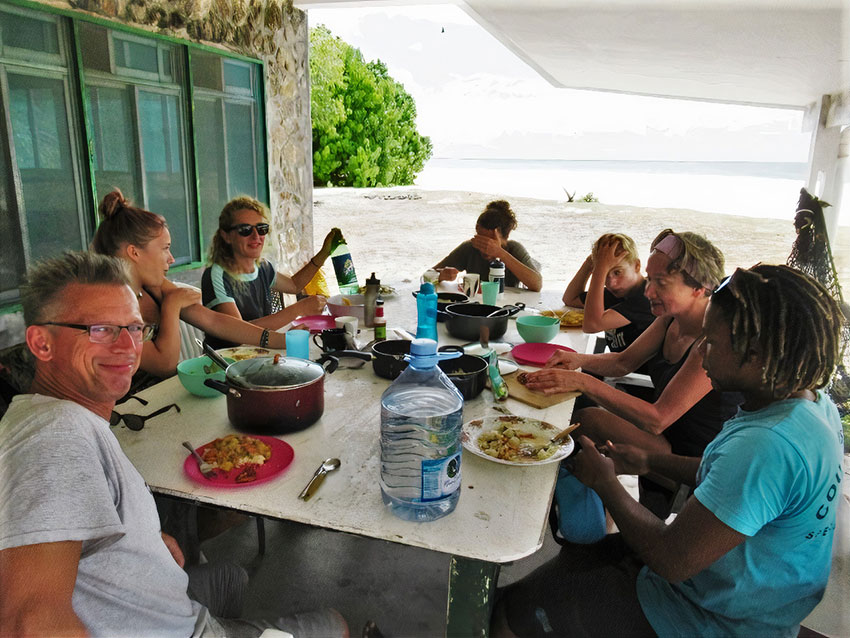 Sharing dinner with the CBC team

Yan Coquet, the former CBC coordinator who worked closely with Uli remembers him fondly. "It was such a delight to see his environmental mindfulness and sense of adventure shared by his loved ones. I remember spending the last evening with Birgit and Uli on the beach observing bats flying over the island at sunset. We shared laughs, smiles, and thoughts. I remember feeling they were inspired by the Cousin experience but on my part, I also felt inspired by them. Uli has touched the lives of people on this island and I know that this beautiful soul will continue living in many people’s mind including mine," he says. 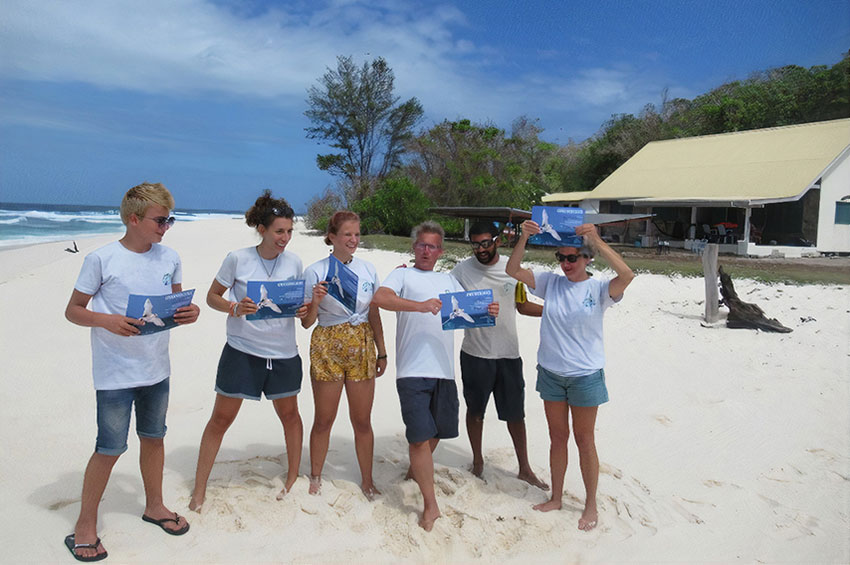 Uli and other CBC participants receive their certificates of completion

Cousin Island staff said they remembered the family for their friendliness and dedication to helping, and that the choice of a giant tortoise for Uli's memorial was symbolic because these are long-lived animals. This way, Uli continues to live on in Cousin.