On Monday, we announced that the Seychelles magpie robin had become the first-ever species to go on sale as a digital #NatureCollectible – a Non-Fungible Token for conservation. But why this bird? The answer is that the Seychelles magpie robin is a little avian superhero that has triumphed over great odds to survive. And in these hard times, who doesn't need a feel-good story? 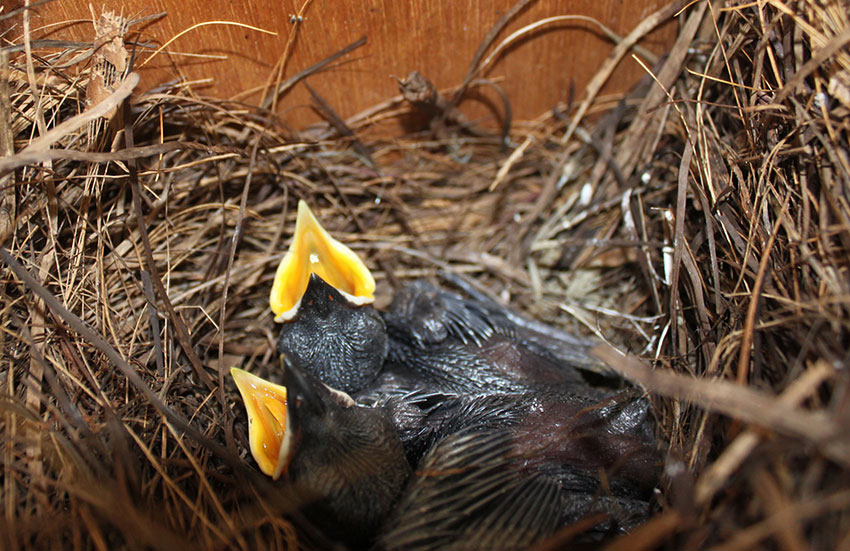 The Seychelles magpie robin (Copsychus sechellarum) was once in the unenviable position of being one of the rarest birds in the world. Endemic to Seychelles, it is believed to have occurred throughout the granitic Seychelles when the first settlers first reached our shores. But by the 1900s it had disappeared from 7 of the 8 islands it historically occurred in. As with most forest-dependent birds of Seychelles, its drastic decline occurred as a result of habitat loss as settlers claimed forests for agricultural land coupled with the introduction of predators such as cats and rats. In 1969 the Red Book, the precursor of the modern-day Red List of Endangered Species, declared that "only the greatest fears can now be expressed for its survival." 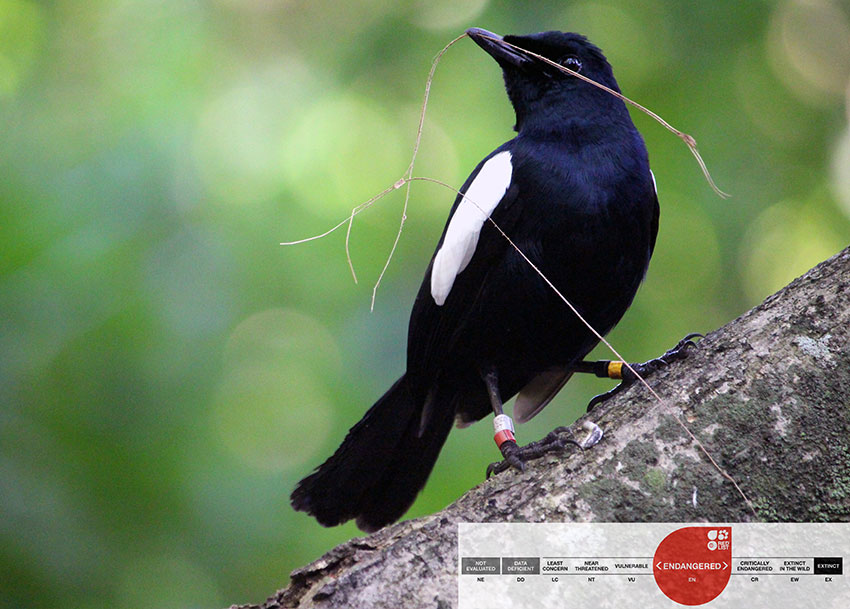 In 1990, only 23 birds remained in Fregate Island. Growing concern over the slippery slope to extinction the magpie was on led to the initiation of the ambitious and highly successful Mapgie Robin Recovery Program led by BirdLife International and the Royal Society for the Protection of Birds (RSPB). On Fregate, the island where the embattled magpie now barely clung to life, this program involved intensive habitat rehabilitation and eradication of alien predators, supplementary feeding, and provisioning of nest boxes. This resulted in a rapid increase in numbers and made it possible for BirdLife to successfully translocate individuals from Fregate to Cousin in 1994 and to Cousine in 1995. In 1998, Nature Seychelles which took over this program, received a large Global Environment Facility (GEF) grant and initiated extensive habitat restoration especially on Denis, and translocated birds to Aride in 2002 and Denis in 2008. As a result of the translocations, the outlook for the bird greatly improved and in 2005, the International Union for Conservation of Nature (IUCN) down-listed the Critically Endangered bird to Endangered. The price tag for this recovery was a whopping 1 million pounds. 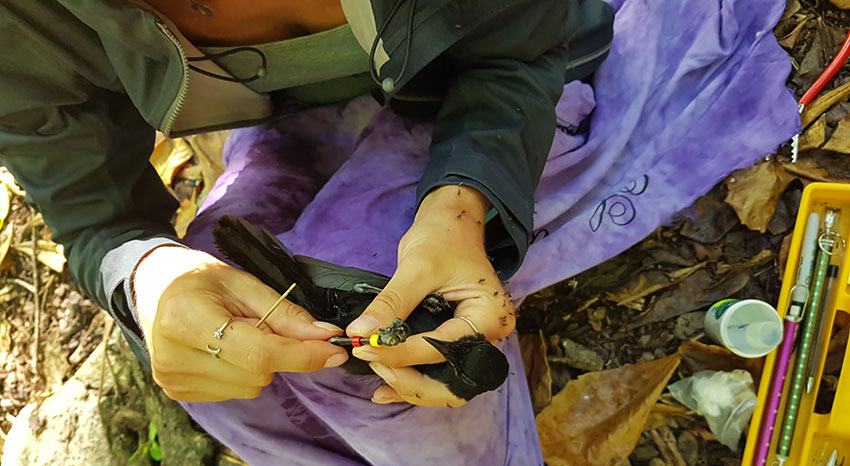 Each bird is identified by rings on both legs

Nature Seychelles set up and facilitates a local stakeholder group called the Seychelles Magpie Robin Recovery Team (SMART) to assist in decision-making and management of the bird on all islands. The birds are closely monitored on a daily basis for sightings. Their behaviour and breeding is also known. All birds are ringed shortly after fledging. For ease of identification, each bird wears a numbered metal ring and an island-specific colour ring on one leg, and two colour rings on the other in a combination that is unique to the individual.

Five magpie-robins were translocated to Cousin in 1994, from which a self-sustaining breeding population established itself. Today, the island has a population of 59 Seychelles magpie robins. It is these birds whose digital equivalents are now being sold as collectibles - a limited edition of a truly remarkable bird.

The Magpie robin represents the huge long-term effort involving many stakeholders, leadership as well as money that successful restoration needs. So often all the manuals and papers about saving species and habitats don’t take these into consideration. And we need to continue the conservation efforts. We have had to become really innovative – the digital #naturecollectible is our latest effort," says Dr. Nirmal Shah, Nature Seychelles Chief Executive