Lynden Gomme is a Field Assistant with Nature Seychelles, working on the Local Empowered Area Protection (LEAP) project in Cap Ternay. To inspire more young people to take up conservation jobs, he spoke at Anse Boileau Secondary School during career week. Here are some highlights from his talk. 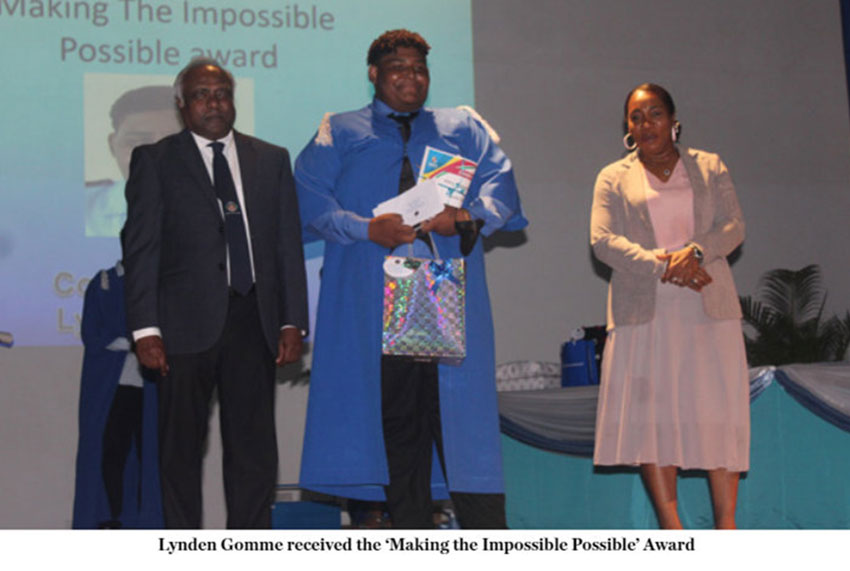 (Photo courtesy of Today in Seychelles)

A typical day for Lynden starts with a walk from his home in Port Glaud to Cap Ternay, where the LEAP project is based. He will accompany his colleagues Jack and Rafa, who are both conservation officers for the project, on their daily tasks. This may include mangrove or seagrass surveys, or diving to survey and identify marine biodiversity such as fishes and corals. Lynden is also the skipper for the project and takes them to various spots within Baie Ternay and Port Launay Marine National Parks, which are the sites that LEAP is focusing on. Besides helping in data collection, he also assists with data analysis. He's a free diver and an avid photographer with an impressive picture collection of the marine life in the two parks.

Lynden has always been passionate about marine conservation and he naturally gravitated towards it for his career. “I was fascinated by nature as a child. When I started school, I joined the wildlife club. This, among other things, gave me the opportunity to visit other islands including a memorable visit to Aldabra and Assumption while in secondary school." 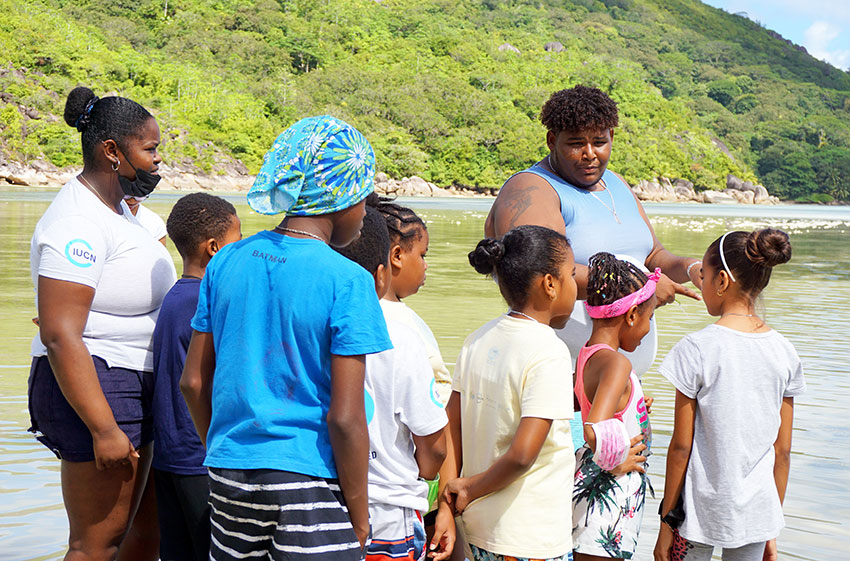 After secondary school he gained entry into the Seychelles Maritime Academy (SMA), where he attained a fisheries science and fishing technology certificate. "I then applied for an advanced certificate in the same courses," he says. He graduated on 17 of June, bagging the "Making the Impossible Possible" Award in the process. Lynden also steered himself towards his career choice by applying for work attachments at nature-related jobs including dive centres and the Seychelles Parks and Gardens Authority (SPGA).

Lynden received positive feedback from the students at Anse Boileau School, with some expressing an interest in a similar career path. The visit to Anse Boileau Secondary school coincided with the setting up of the LEAP Junior club for students interested in marine conservation careers at the school. Once launched, the club will organize outdoor learning sessions in line with activities of the LEAP project, whose goal is to get the Port Glaud community involved in the management and conservation of the two parks. Many students enlisted hoping to learn more about the marine animals and plants of the parks. 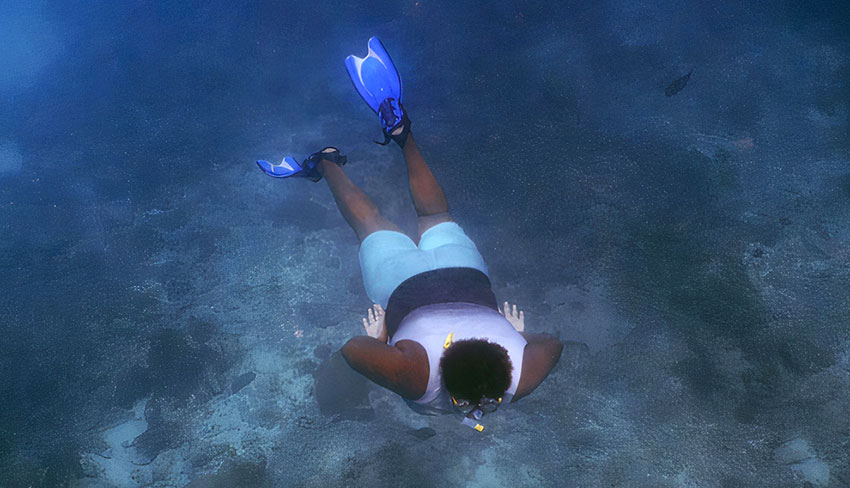 Nature Seychelles guides and equips young people to pursue a nature conservation career through its EnviroMentor program. Over the years it has done so through participating in open days, career fairs, and talks, particularly at two post-secondary institutions namely the SMA and Seychelles Tourism Academy (STA). The NGO has also provided work-related attachments to Seychellois youth from these colleges at Cousin Island Special Reserve. As a result, many of the employees on the nature reserve have been from the two colleges.

The environmental sector is a rewarding area in which to work and where one can build a lifelong career. Work opportunities include project management, biological and environmental sciences, visitor handling, environmental education, administration, boat handling, and diving. Our advice? Begin young and focus on acquiring the knowledge and skills needed. But most importantly, get outside, volunteer, and enjoy nature whenever possible.

Nature Seychelles is implementing a regional project entitled "Enhancing coastal and marine socio-ecological resilience and biodiversity conservation in the Western Indian Ocean" also known as LEAP,  which is funded by the International Climate Initiative of the Federal Republic of Germany, with the technical support of the International Union for Conservation of Nature and Natural Resources (IUCN). It will allow local people to become stewards of coastal and marine resources to benefit the environment and secure their livelihoods through co-management of two marine protected areas. Nationally, it is supported by the Ministry of Environment and the department of Blue Economy, as well as the Seychelles Parks Gardens Authority (SPGA).