Nature Seychelles has made two women from the Netherlands - Janet Mulder and Nancy Willekens - “Friends of Cousin Island". This is an accolade that honours individuals who have made exemplary contributions to the special reserve. Janet and Nancy were recognized for organizing a fundraising campaign to conserve Hawksbill turtles and Aldabra giant tortoises. A third woman, Krista Kuijers, was also acknowledged for contributing to the campaign on a regular basis. 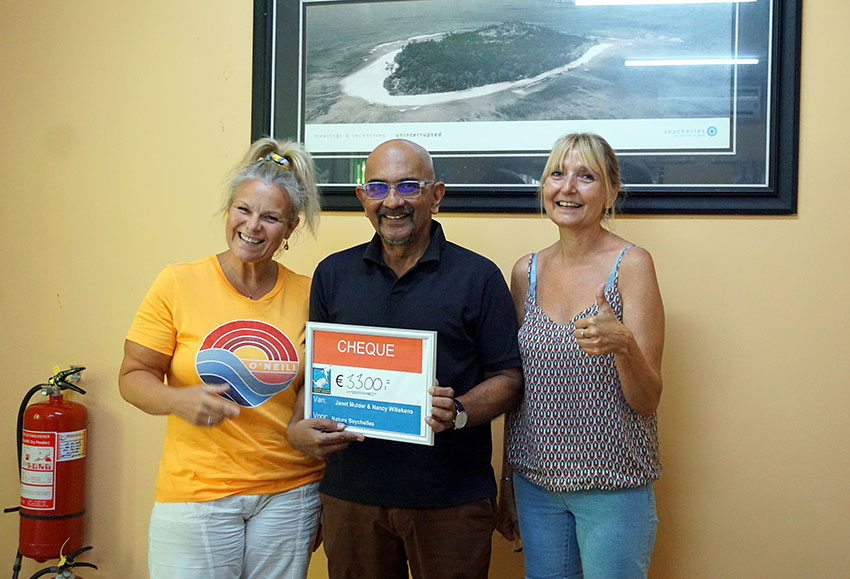 In total, 3,300 Euros were raised. The funds will be used for building water troughs for the tortoises and to expand their monitoring, as well as to support the conservation of Critically Endangered Hawksbill turtles.

Janet's fundraising project began after she visited Nature Seychelles with her husband during a vacation to Seychelles in 2018. A passionate lover of animals, especially tortoises, she had expressed interest in supporting the translocation of kept tortoises from Mahe to Cousin Island at the time. Following Nature Seychelles' approval, she roped in her friend Nancy and together they began a rigorous campaign to collect the funds. After the Covid-19 pandemic stalled their travel plans and the Reserve had reached its carrying capacity for giant tortoises, it was mutually agreed to direct the funds towards onsite tortoise and turtle conservation instead. 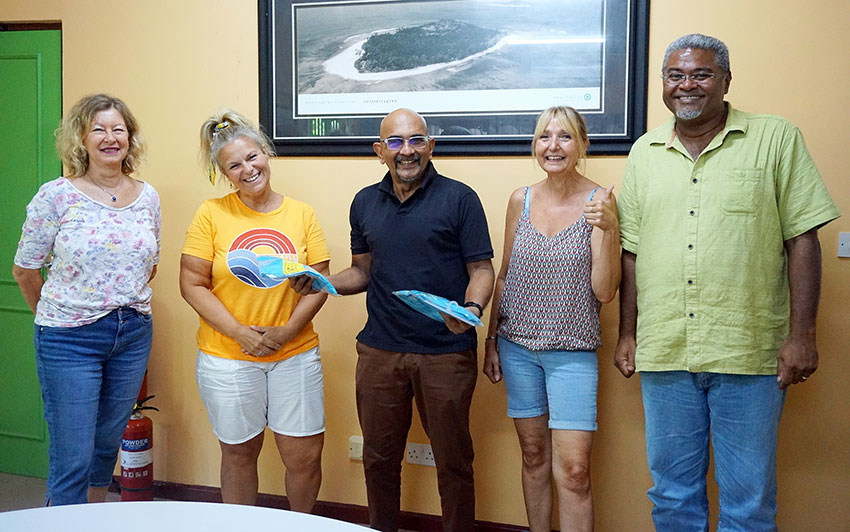 During a short ceremony held at Nature Seychelles on Tuesday, Dr. Nirmal Shah, Nature Seychelles' Chief Executive, presented the dynamic duo - who came to Seychelles personally to hand over the donation - with certificates and symbolic Cousin Island t-shirts.

This donation means a lot to us for the work we are carrying out," said Dr. Shah. "It is amazing that people who had never been to Cousin Island carried out this fundraiser on our behalf. We hope that it will inspire other people to help."

Thanking all the people in the Netherlands who had made contributions to their campaign, Janet said that everyone had donated from their hearts. She gave the example of a person who gave 1 Euro because that is all they had. Nancy added that their friends and family were also eager to help when asked. 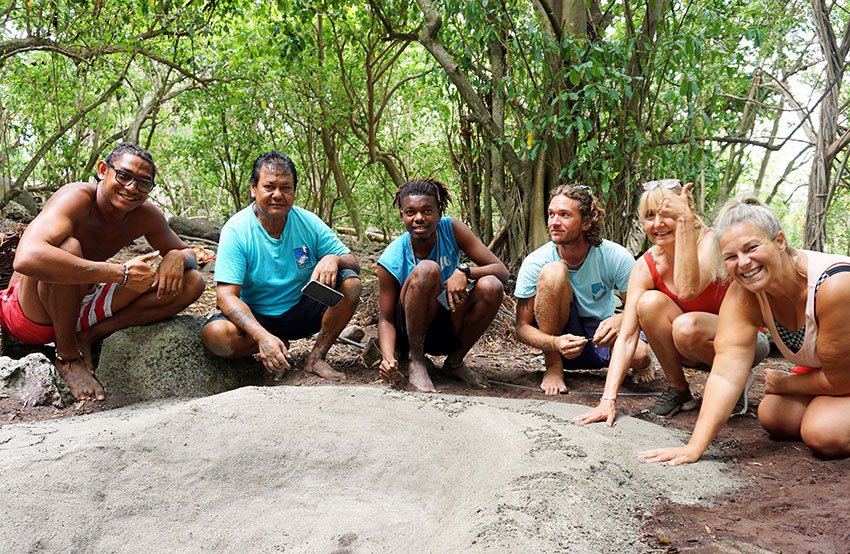 Over the weekend, Janet and Nancy visited Cousin to witness first-hand the conservation work taking place there and received warm hospitality from the staff. Together with the island's maintenance manager, Jerry Chan Kam Lan, and Cousin Wardens Alex Souyana, Christopher Rose, and Ervin Ally, they built the first water trough for the tortoises. They monitored turtles alongside Chris Tagg, the conservation officer, and were fortunate to see Hawksbill turtles and a Green turtle, still rare in the granitic islands after many years of overexploitation. They explored the reserve with Christopher, Ervin, and Aurelie Ernesta and were amazed by the variety of wildlife, but most of their time was spent getting to know the giant tortoise population. They even sat for a while at the marsh where the tortoises enjoy a daily mud bath. 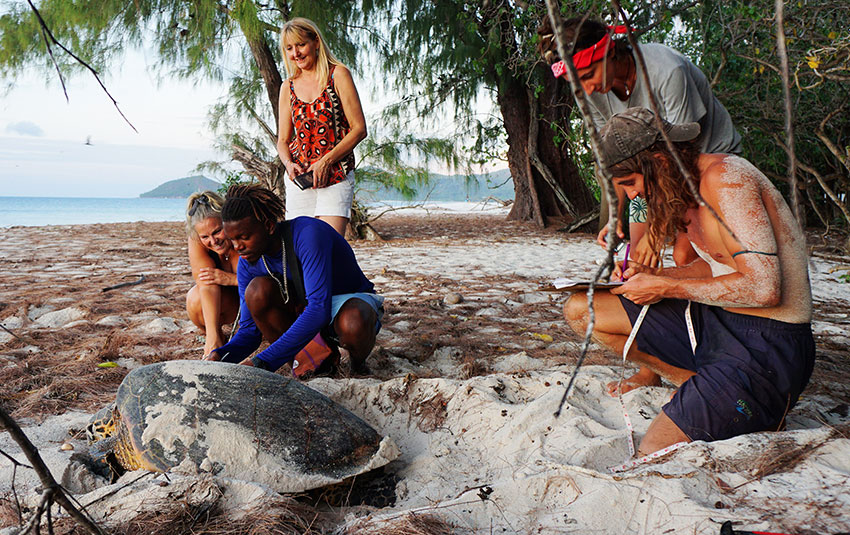 "It was a dream come true for me," said Janet. "Just to be among nature the way it's supposed to be and to be among such dedicated staff. Everyone was so kind and helpful."

"I am overwhelmed. No words are sufficient to express how I feel, but this will stay with us forever," Nancy concluded.