Searching for lizards might not be everyone's idea of a daily activity, but it certainly is part of the work programme for the Cousin Island Special Reserve conservation team. Led by the conservation officer, the team has just completed a gecko and skink census whose findings are published in a monitoring report for 2021. 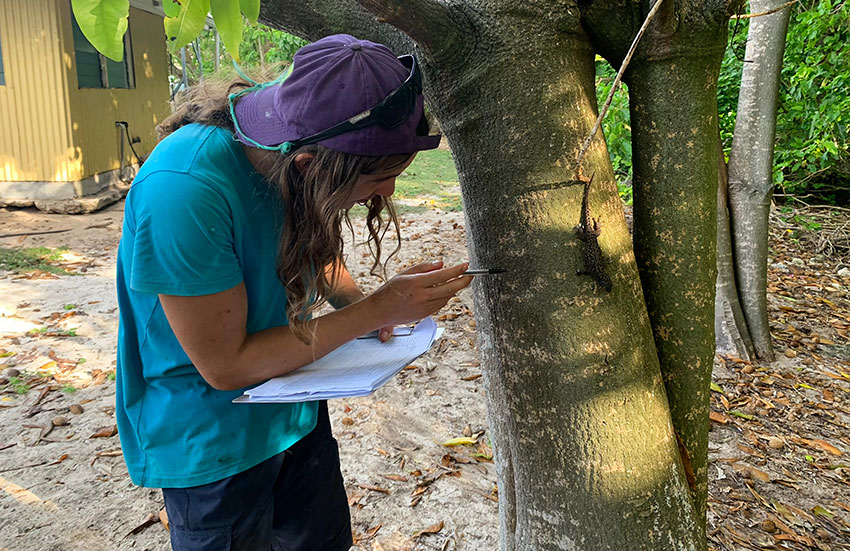 It is quite the scavenger hunt looking for lizards. Uphills, down and around large rocks, and through thick vegetation. Depending on the weather you might find a part of the island impassable - such as when a plot near the marsh flooded after the rain during this year's census - or simply too treacherous to go through. And although Cousin is known for its density of lizards - the island was found to have the highest biomass recorded for any lizard population worldwide in a study conducted in 1980s - they tend to freeze or scurry away and hide in vegetation when humans approach, leaving you to play hide and seek with reptiles. The trick is to wait for a few minutes to get the forest back to its undisturbed state, as if you were not there, and then do the count.

60 plots were selected at random out of which 55 were fully censused for the 2021 monitoring, with teams of three looking for the lizards.
Two species of skink are monitored on Cousin; the Seychelles skink (Tracyhlepis seychellensis) and the Wright's skink (Tracyhlepis wrightii). The Seychelles skink is seen in many Seychelles islands, both granitic and coralline. The Wright's skink is more restricted in distribution and is found on islands associated with large seabird colonies such as Cousin. Both species are predominantly insectivorous but also prey on smaller vertebrates and bird eggs, and have been observed to scavenge on carrion including dead turtle hatchlings along the beach. Two species of gecko are monitored along the skinks; the Bronze-eyed gecko (Ailuronyx seychellensis) and the Seychelles day gecko (Phelsuma seychellensis). 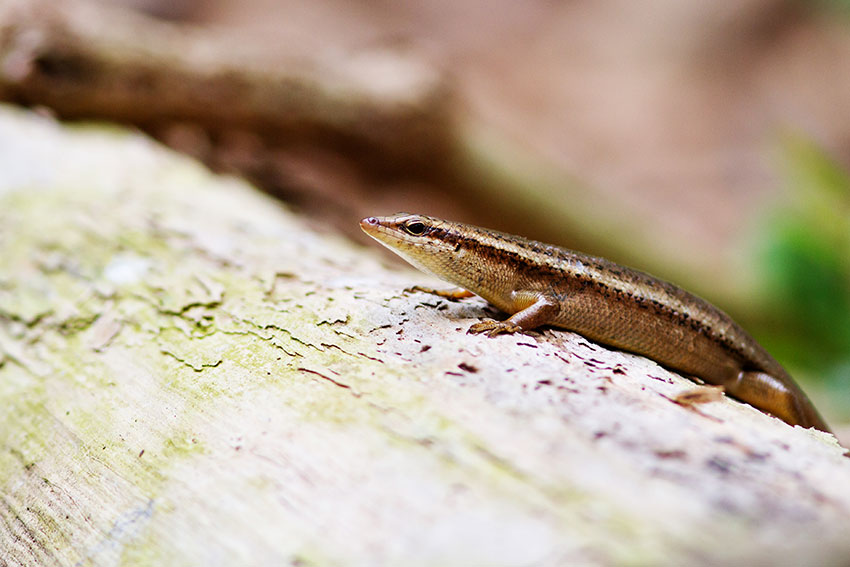 Skink and geckos found on islands are shown to have significantly higher densities. This is certainly true of Cousin Island. Though numbers have fluctuated over the year, the island remains true to its lizard density reputation. According to the 2021 report, the skink population estimates have remained relatively consistent from last year with the two species numbering 27,251 and 22,669, respectively. The result for Seychelles skinks aligns with an overall gradual increase in the population observed in previous years. The Wright's skink had its first decline since 2015, although the estimate is still the second highest recorded since monitoring began. The day gecko shows large fluctuations in population estimates, while the bronze eye gecko population has shown an increase.

Reptiles are not typically targeted in long-term species monitoring, however they are crucial in island ecology where they fulfil many of the niches that would otherwise be taken by mammals. This combined with the fact that many smaller species have a cryptic nature can lead to difficulties in detecting population declines until it is too late. It is for these reasons that annual monitoring is carried out to provide an accurate picture of the state of the skink and gecko populations on Cousin.