Friday, 01 July 2022
HomeKnowledge centreNews and StoriesInternational Day of the Forests - Where the wild things are

Cousin Island Special Reserve has one of the best-restored forest ecosystems of any tropical island. Once a coconut plantation, the forest ecosystem now comprises native trees, which have naturally regenerated, and associated native wildlife. 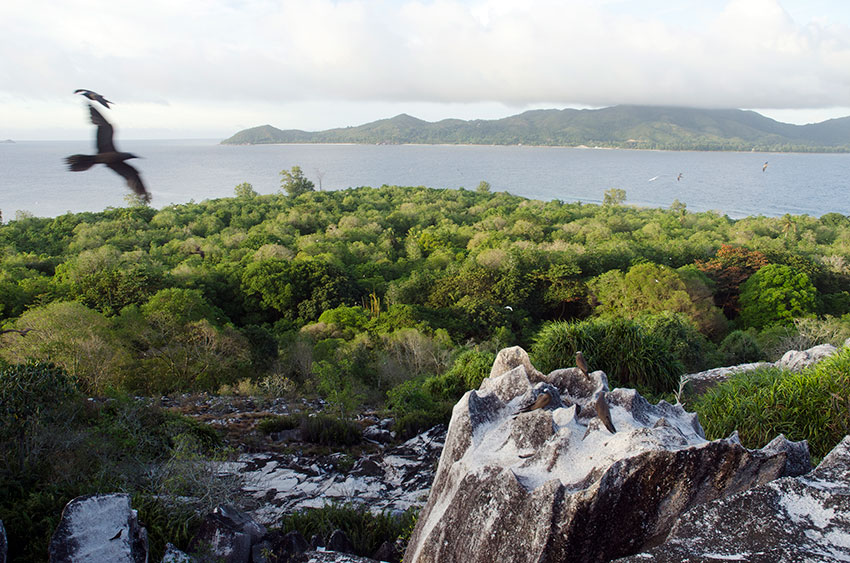 Cousin Island Special Reserve has one of the best restored forests

About 120 plant species have been recorded from Cousin. Three species - Pisonia grandis, Morinda citrifolia, and Ochrosia oppositifolia - now dominate Cousin's forest. The hill has native scrub and there's a small patch of mangroves and other coastal vegetation. These provide essential habitats for animals big and small, including endemic land birds, seabirds, skinks, geckos, giant tortoises, crabs, millipedes, and insect species like the endemic Seychelles fruit fly and ant species like the Biting ant known as maketket in Kreol. Below are some of the more common trees you will find on the island.

Pisonia (Pisonia grandis, Mapou)
Pisonia is associated with small islands, such as Cousin, as well as seabirds, but it is uncommon in many islands in Seychelles. There is a much higher abundance of invertebrates in native forests dominated by Pisonia, which provides food for endemic land birds like the Seychelles warbler. The Lesser noddy uses its leaves as nesting material and builds its nest on the branches. The white tern lays its eggs directly on its branches. White-tailed tropicbirds nest at the base of their trunks. But Pisonia also has a dark side. Birds die every year when the tree drops its sticky seeds, which are dispersed by clinging to the birds’ feathers. 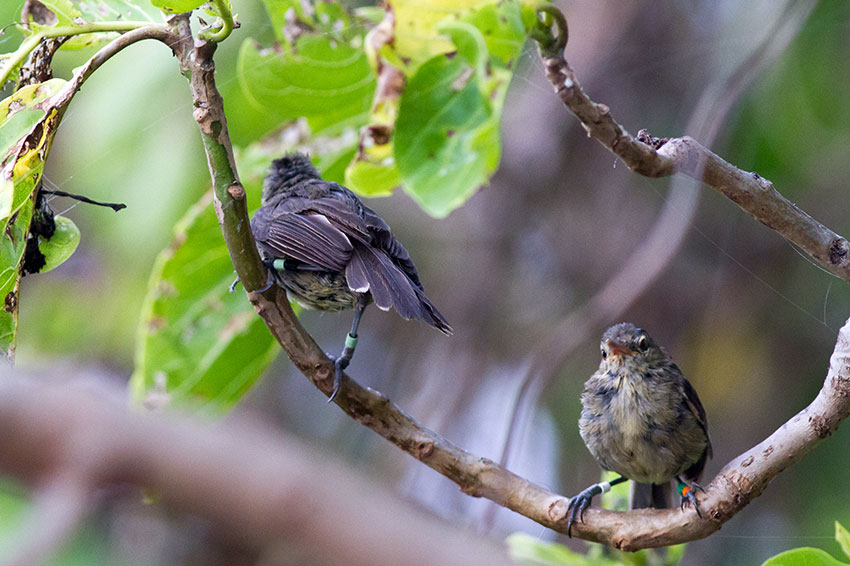 Theres an abundance of insects in trees favoured by endemic birds

Ochrosia (Ochrosia oppositifolia, Bwa sousouri)
Found in dense forest, these trees produce smooth mango-shaped fruits that are often consumed by tortoises and visiting fruit bats from Praslin. The dried fibrous seeds can be seen in many places strewn along the forest floor. It is a suitable tree for insects and invertebrates, which are eaten by endemic birds such as Seychelles magpie robins, and warblers. This tree has disappeared in the wild on the main island Mahe because the bark is used in Seychellois ethnomedicine.

Ficus (Ficus reflexa, Lafous)
These large trees belong to the fig family and are easily identified by the masses of aerial roots hanging from the branches to the forest floor. There are three native species present on Cousin. One is an endemic sub-species. Their fruits attract Seychelles blue pigeons as well as visiting fruit bats. The staff has often had to pick up inebriated Seychelles blue pigeons from the floor after they gorge themselves full of this fruit.

Casuarina (Casuarina equisetifolia, Pye sed)
A few of these graceful, wispy trees still line the coast providing food and nesting sites for a variety of bird species. It is an introduced species but is a popular roosting site for Bridled terns. The trees form a barrier to shelter inland species from salt spray and wind, and their massive roots are good for preventing erosion. 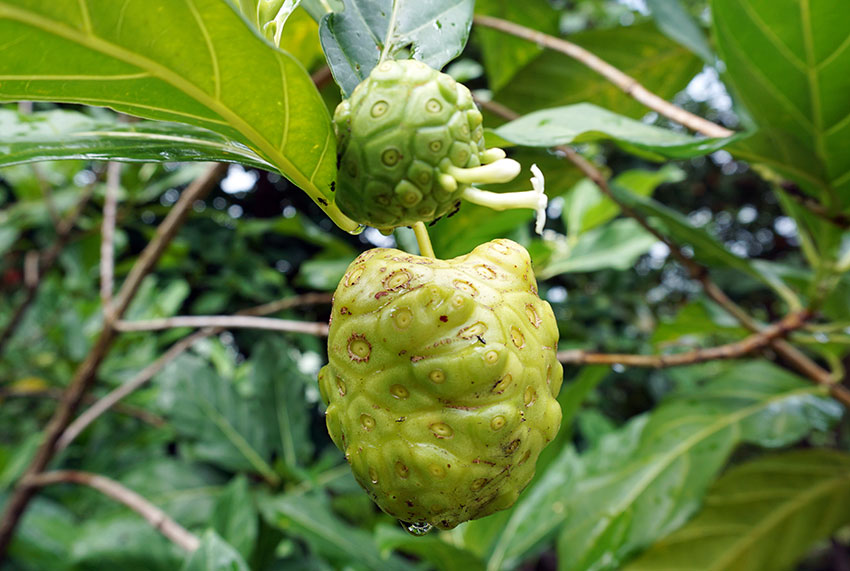 Tortoises feed on the soft smelly fruit of the Bwa torti

Indian Mulberry (Morinda citrifolia, Bwa torti)
On the island, this tree has the largest population of invertebrates of all the native trees. The trees can be found everywhere on the plateau. Found in this fruit is the amazing Seychelles fruit fly (Drosophila sechellia), an endemic fly discovered for science on Cousin only in 1981. The fly reproduces exclusively in this fruit and nowhere else – which scientists consider as a unique event in insect evolution. Often, tortoises feed on the soft, smelly fruit, which smells like an overripe cheese. The flowers provide nectar for sunbirds and fodys.