Nature Seychelles has received €680,000 from the German International Climate Initiative (IKI) for an exciting project that will break new ground for participatory management of coastal and marine resources in Seychelles. The German Ambassador to Seychelles, Her Excellency Mrs. Annett Günther, officially launched the project on 17th September 2019 at the Nature Seychelles' offices at the Sanctuary at Roche Caiman. 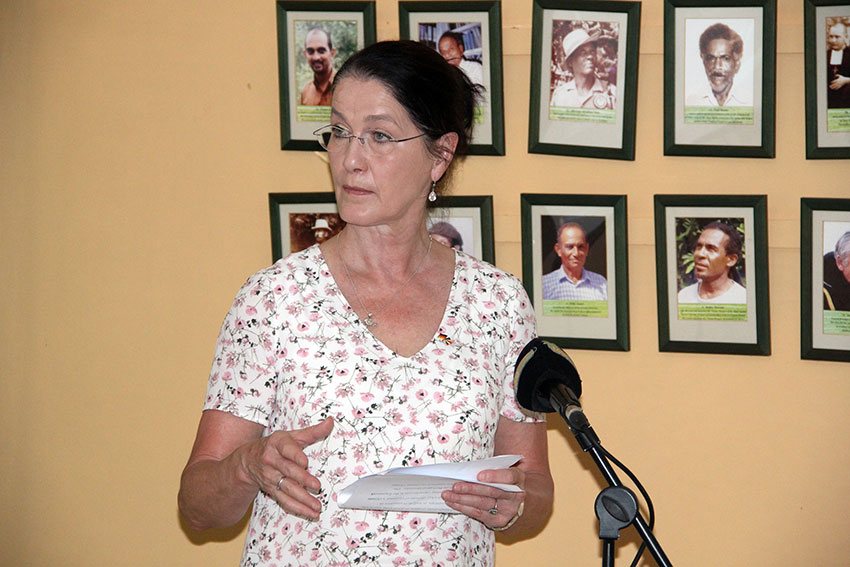 The funding will set up the first ever Locally Managed Marine Area (LMMA) in the country at a yet to be selected site. The LMMA will allow local people to become stewards of coastal and marine resources to benefit the environment and secure their livelihoods.

The project is part of the regional "Enhancing coastal and marine socio-ecological resilience and biodiversity conservation in the Western Indian Ocean project", which has received €4.25 million in funding from IKI. It will be implemented in the region in Seychelles and Mozambique and coordinated by IUCN (the International Union for Conservation of Nature).

Addressing guests at the launch, who included the Minister for Environment, Energy and Climate Change (MEECC), Wallace Cosgrow, and representatives from IUCN, government and CSOs, the Ambassador said that she was pleased to be in the country to launch the first project in Seychelles to be funded by IKI.

"IKI is part of the German Ministry for the Environment, Nature Conservation, Building and Nuclear Safety - BMUB. Since 2008, IKI has been financing climate and biodiversity projects in developing and newly industrializing countries, as well as in countries in transition," the Ambassador said. "It is a key element of Germany's climate financing and the funding commitments in the framework of the Convention on Biological Diversity." 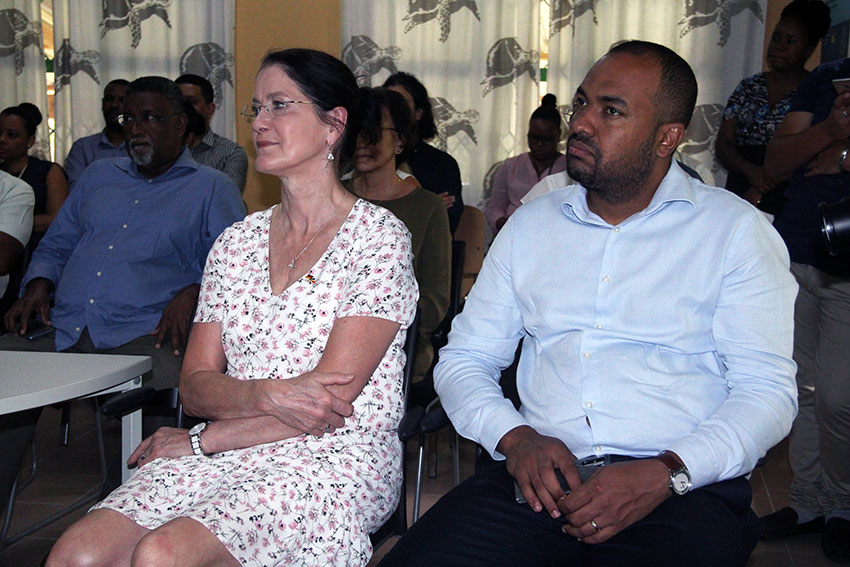 "This is a wonderful opportunity for Seychelles," Minister Cosgrow said. "There's space in the environment sector for us to collaborate. I think that the partnership between Seychelles, the German Government, IUCN and Nature Seychelles is perfect for this project."

First recognised in Fiji, LMMAs have been replicated elsewhere including in large countries such as Australia, but also in the Indian Ocean in Madagascar, Kenya and Tanzania. However, the model is new to Seychelles.

The project will engage at multiple levels in order to establish this first LMMA and will involve community members, fishers association, tourism and business partners, and government agencies in one site chosen through assessments and participatory processes with stakeholders.

IUCN will be bringing in global expertise, tools, and best practices to the project.

"Governments and the private sector have begun to appreciate that for the resources to benefit people, for growth to be inclusive, it has to be participatory," Mr. Charles Oluchina, IUCN's Regional Programme Coordinator said. "The project will be looking at the critical components of creating an LMMA."

Giving an overview of the project, Nature Seychelles' Chief Executive Dr. Nirmal Shah said that for many years government across the world including the Seychelles have protected amazing landscapes for people, leisure, tourism, and protection of biodiversity. 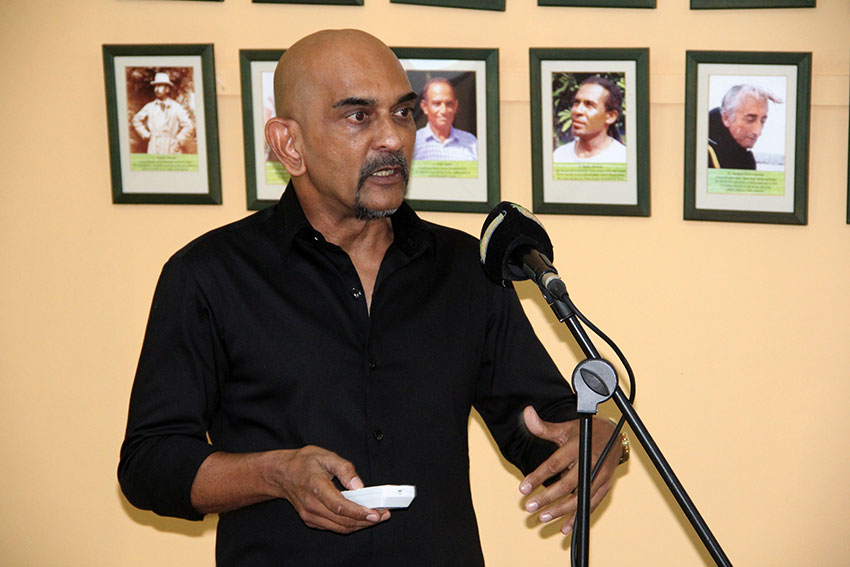 "But the time has come to ask a radical question, which is, can we trust the public to help manage these goods and services? He posed. "All the experts tell us we must for us to continue benefitting from ecosystem services and reaping the wealth of the ocean," he said.

"The Government of Seychelles has set aside 30 percent of its EEZ to marine protected areas. But that also begs certain questions - who is going to manage these areas, is there space for local people, for NGOs, for CBOs. At the same time we see growing public voices in Seychelles, more people demanding to have a say in decision making, and governance."

He added that the LMMA concept is not far-fetched, citing examples from success stories such as Cousin Island Special Reserve, which is managed by NGOs, and fisheries co-management on Praslin Island.

"As a user, and having listened to the objectives of this project, I think it's long overdue," said Keith Andre, chair of the Fishermen and Boat Owners Association (FBOA). "There are many other stakeholders that are using the resource that need to be involved in decision making processes." 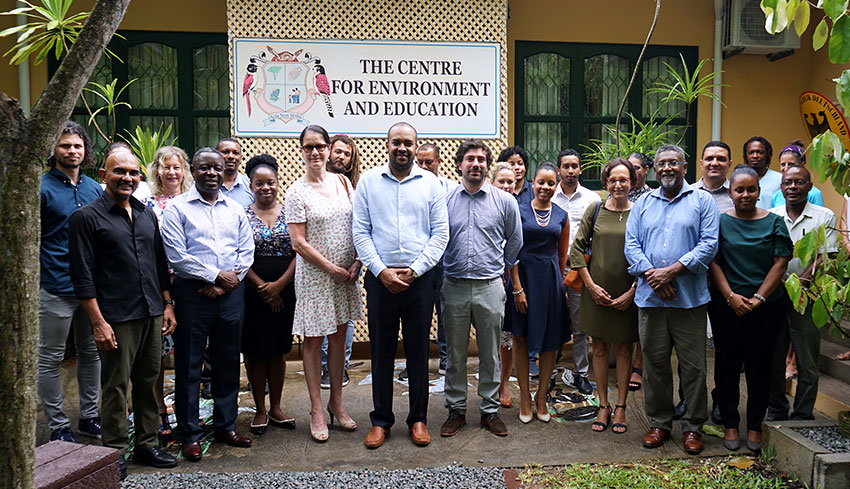 Guests pose for a group picture after the launch (Photo: Nature Seychelles)

The project will last for four years with investment in infrastructure, technical and other staff on site, conservation and restoration actions, training and equipment, public awareness programs, and introduction of sustainable funding mechanisms.