If you happened to be by the hill at night last week on Cousin Island, you would have heard a strange wail that sounds something like this, 'a-wooo-aaaa, 'a-wooo-aaaa'. It resounds all over this area in rock cavities and burrows. Sometimes it rises to a cacophony. For the uninitiated, it can be quite frightening. In fact, it was once associated with ghosts in the old days. 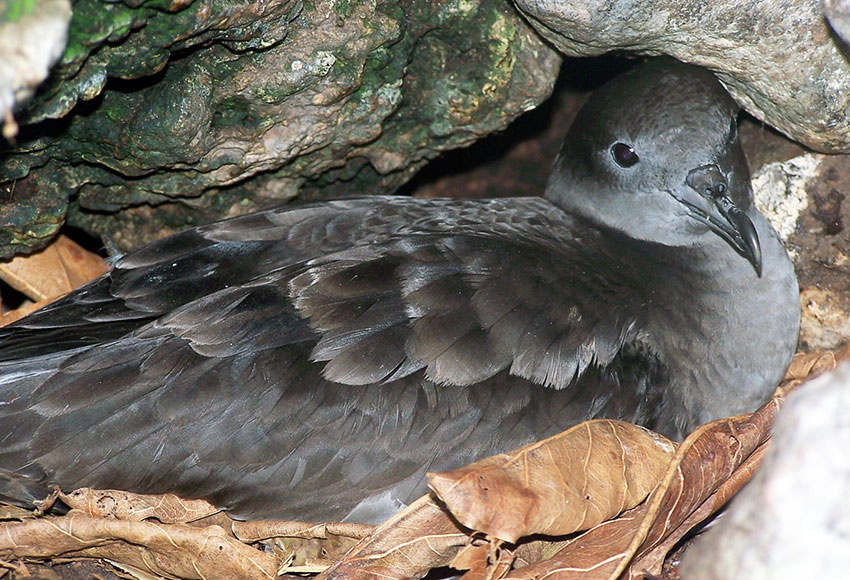 Also on this moonless night, you would have heard the staff playing this ghost-like wail using a speaker in the burrows and cavities. Five times, with 30-second pauses between each play. On several occasions, they get answered. It might look like they are performing some form of the dark arts. But the staff are using what is called the call-back method to check for the presence of Wedge-tailed shearwaters (Adrenna pacifica or Fouke Dezil in Creole) for a census. This involves playing taped calls of the seabirds near the entrance of a possible nest cavity and recording the bird's response or appearance.

The seabirds nest here in an open habitat of granite boulders and bare earth. It allows them to dig into the soil or use natural cavities. Like most seabirds, they spend their lives at sea, only returning to land to breed. As early as May, they begin scouting for burrows. But it's not until September or October that they begin laying eggs. Their census on Cousin, therefore, occurs in November.

However, earlier that day, Chief Warden Dailus Laurence had seen a large number of the birds gathering just offshore before flying in to roost. A veteran of the island reserve, having lived here for over a decade, he was intrigued. He brought this occurrence to the attention of the island's conservation officer, Chris, and they decided to carry out an impromptu census to investigate and collect data for comparison with the actual census later in the year, ending with their presence on the hill on that night. 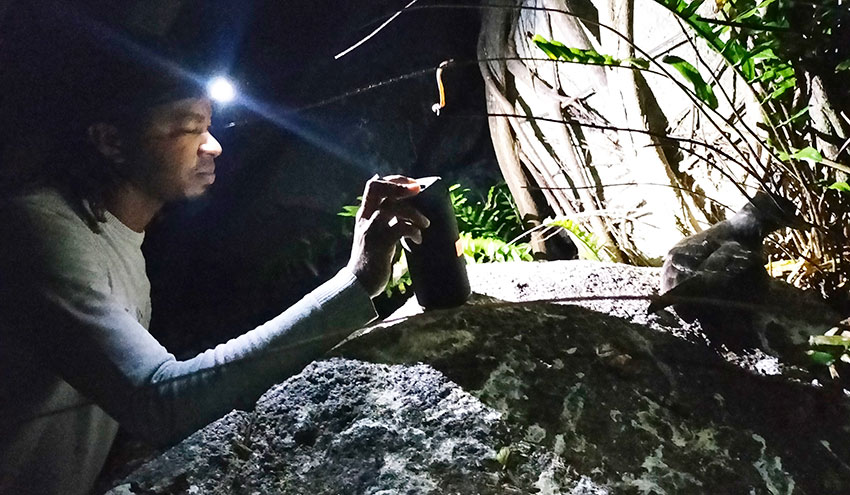 Shearwaters are censused between 7.30 and 9 pm to allow the birds to be at their roost. Following a methodology set in Nature Seychelles' Seabird Monitoring Handbook, staff count burrows or other nest cavities within sample plots or transects, and record the contents of the nests. These can include adult birds and chicks, and things like feathers, faeces, eggshells, fresh digging, tracks, and clearance around burrow openings. Playback is also used at the cavities and the number of responses is recorded. The activity is challenging and involves clambering over rocks in the dark while avoiding stepping on the creatures of the night such as centipedes and bronze-eyed geckos. But it's also strangely satisfying, especially when birds come out of the roosts after a call. 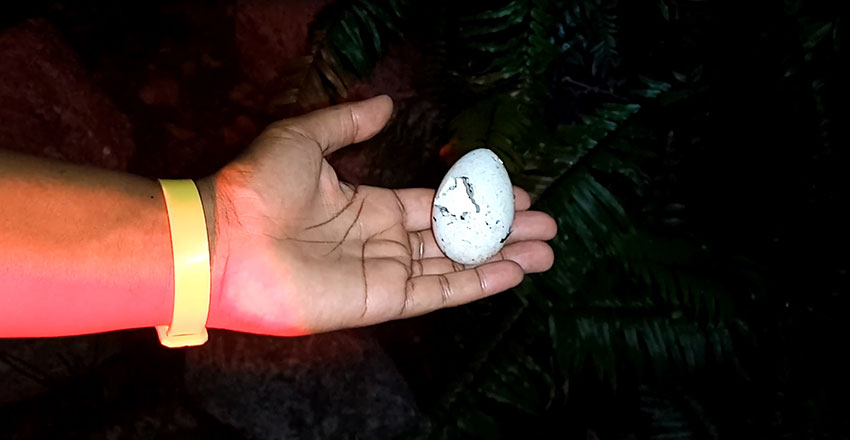 They count nest cavities and record contents such as eggs

Long-term monitoring is crucial for detecting trends in Wedge-tailed shearwater populations in Cousin. Additionally, like other seabirds, shearwaters serve as valuable indicators of offshore oceanic conditions and fish stocks. They range over huge areas in search of food and are often associated with schools of fish brought to the surface by tuna and other large predatory fish. Monitoring them might therefore provide early indications of any overexploitation of tuna in the western Indian Ocean.