Port Glaud Primary School is the home of an exciting new environmental club known as LEAP Junior. H.E Annett Günther, Ambassador of the Federal Republic of Germany to Seychelles, launched the club at the school on Saturday 19th February. 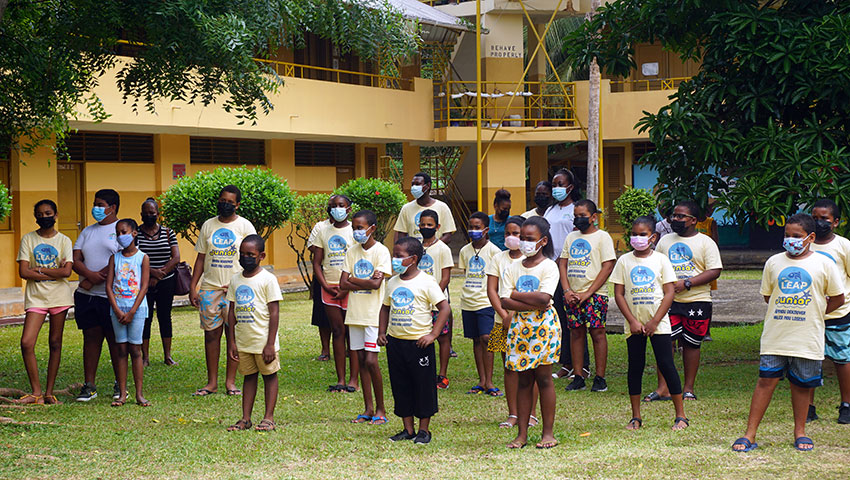 Children from the LEAP Junior Club with their teachers

Speaking at the launch, the Ambassador said that the club was another significant step in the way forward for the LEAP project. The project is unique because it brings together all stakeholders, including government, local administration, community, youth, scientists, and others who can in their own way contribute to the objective of the project, which is to co-manage marine protected areas and protect them," she said. 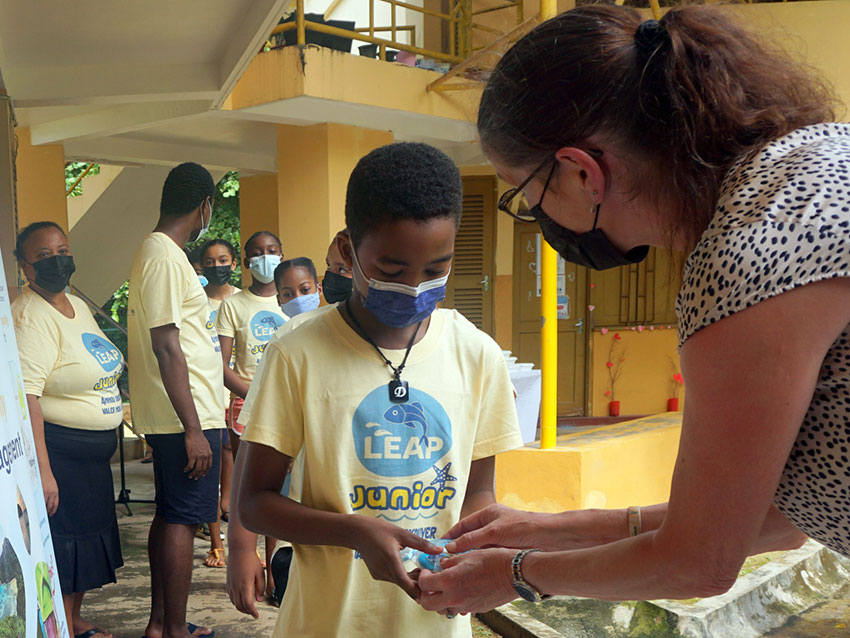 Twenty-one students from the primary school have joined.

LEAP project’s conservation officers, and 2 teachers from the school, Mr. Ian Nibourette, and Miss Jenny Labaleine, jointly run the club. They will supervise two after-school classes and one field trip every month. They have already taken part in beach clean-ups organized by the LEAP project in Baie Ternay.

"I feel that this is the generation that will change Seychelles, not only for a better environment but for a better Seychelles. The LEAP project is not only about the environment, but it also helps people think about governance and shared responsibility for these resources," said Dr. Nirmal Shah, Nature Seychelles' Chief Executive

"The LEAP Junior club is a good initiative," said PS Eulentin, adding that her ministry was working towards a holistic approach to education by encouraging non-academic activities. "Therefore, those who are hesitant to join should," she said. The Ministry of Education supported the initiation of the club. 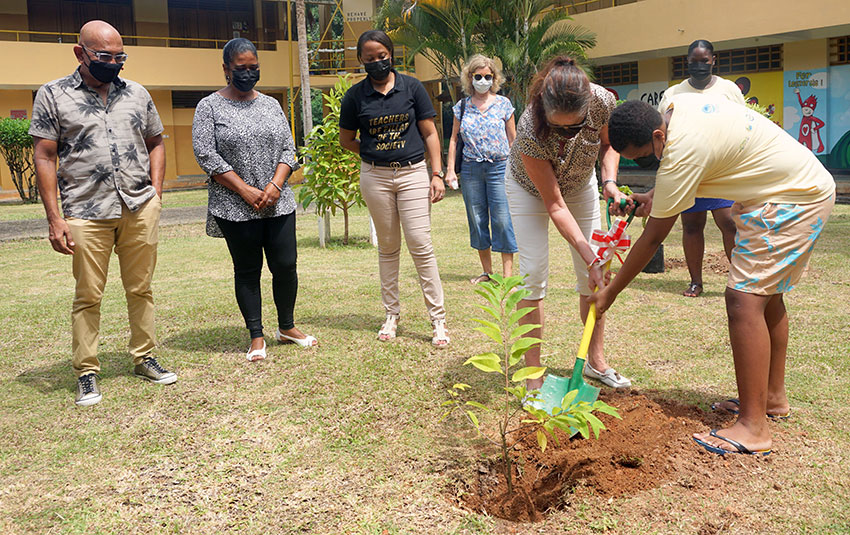 Her Excellency Mrs. Annett Günther, Ambassador of the Federal Republic of Germany to Seychelles plants a custard apple tree to inaugurate the club

Loura Barra from the Ministry of Local Government congratulated Nature Seychelles on the launch and said it was imperative kids are introduced to ocean protection at an early age.

We joined this club because we wanted to learn and experience more of our district’s treasures. We have learnt a lot about mangroves, and we are very excited to discover more about all marine life here," said Nicholas Savy who gave a vote of thanks on behalf of other club members.

To mark the launch, the ambassador planted a custard apple tree in the school's compound.

Nature Seychelles is implementing a regional project entitled "Enhancing coastal and marine socio-ecological resilience and biodiversity conservation in the Western Indian Ocean" also known as LEAP, which is funded by the International Climate Initiative, of the Federal Republic of Germany, with the technical support of International Union for Conservation of Nature and Natural Resources (IUCN). It will allow local people to become stewards of coastal and marine resources to benefit the environment and secure their livelihoods through co-management of two marine protected areas. Nationally, it is supported by the Ministry of Environment and the department of Blue Economy, as well as the Seychelles Parks Gardens Authority (SPGA).