Nature Seychelles and the Seychelles Fishing Authority (SFA) have joined forces to investigate the  role of Marine Protected Areas (MPAs), specifically Cousin Island Special Reserve, in the protection of small fish that sustain local fish communities. The two organisations on 12th January 2012 formalised this partnership with the signing of a Memorandum of Agreement by their Chief Executives Dr. Nirmal Shah and Mr. Finley Racombo.

The number of reported shark attacks last year increased worldwide according to the annual report of the University of Florida’s International Shark Attack File. n 2010, 79 attacks occurred around the world, the highest number since 2000 (80 attacks), but the global total of six fatalities was only slightly above the average. Attacks worldwide numbered 63 in 2009, close to the annual average over the past 10 years of 63.5. 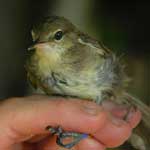 The Seychelles Warbler Research Group comprising of the Universities of East Anglia and Sheffield in the UK, and the University of Groningen (the Netherlands) have invested a total of 40,000 British Pounds towards Seychelles warbler (Acrocephalus sechellensis) research. The funds will be used in the restoration of the Cousin Island Field Station in order to enlarge research capacity for this and other species. The Field Station was set up by Birdlife International in 1971. It has served hundreds of students and researchers since.

Nature Seychelles has called for the participation of local volunteers to carry out the Reef Rescuer project that will restore reefs destroyed by climate-induced bleaching. The participation of local people is crucial to the success of the project the technical manager for the project Dr. Gideon Levy has said. Participation could be in the form of volunteering and volunteers can help in preparing sites by filling nurseries with corals and in the future transplantation of coral colonies. 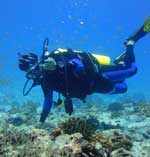 Coral reef restoration for which Nature Seychelles has recently received financial support from USAID has began with the arrival of a technical manager recruited by the organisation. Dr. Gideon Levy, an Israeli native, arrived in the country last month.